We don’t know what to say. Sequences of words are repeated; gestures are recognized. Outside us. Of course some methods are mastered, some results are verified. Often it’s amusing. But so many things we wanted have not been attained, or only partially and not like we imagined. What communication have we desired, or experienced, or only simulated? What real project has been lost?

The cinematic spectacle has its rules, its reliable methods for producing satisfactory products. But the reality that must be taken as a point of departure is dissatisfaction. The function of the cinema, whether dramatic or documentary, is to present a false and isolated coherence as a substitute for a communication and activity that are absent. To demystify documentary cinema it is necessary to dissolve its “subject matter.”

A well-established rule is that any statement in a film that is not illustrated by images must be repeated or else the spectators will miss it. That may be true. But this same type of miscommunication constantly occurs in everyday encounters. Something must be specified but there’s not enough time, and you are not sure you have been understood. Before you have said or done what was necessary, the other person has already gone. Across the street. Overseas. Too late for any rectification.

After all the empty time, all the lost moments, there remain these endlessly traversed postcard landscapes; this distance organized between each and everyone. Childhood? Why, it’s right here — we have never emerged from it.

Our era accumulates powers and imagines itself as rational. But no one recognizes these powers as their own. Nowhere is there any entry to adulthood. The only thing that happens is that this long restlessness sometimes eventually evolves into a routinized sleep. Because no one ceases to be kept under guardianship. The point is not to recognize that some people live more or less poorly than others, but that we all live in ways that are out of our control.

At the same time, it is a world that has taught us how things change. Nothing stays the same. The world changes more rapidly every day; and I have no doubt that those who day after day produce it against themselves can appropriate it for themselves.

The only adventure, we said, is to contest the totality, whose center is this way of living, where we can test our strength but never use it. No adventure is directly created for us. The adventures that are presented to us form part of the mass of legends transmitted by the cinema or in other ways; part of the whole spectacular sham of history.

Until the environment is collectively dominated, there will be no real individuals — only specters haunting the objects anarchically presented to them by others. In chance situations we meet separated people moving randomly. Their divergent emotions neutralize each other and reinforce their solid environment of boredom. As long as we are unable to make our own history, to freely create situations, our striving toward unity will give rise to other separations. The quest for a unified activity leads to the formation of new specializations.

And only a few encounters were like signals emanating from a more intense life, a life that has not really been found.

What cannot be forgotten reappears in dreams. At the end of this type of dream, half asleep, the events are still for a brief moment taken as real. Then the reactions they give rise to become clearer, more distinct, more reasonable; like on so many mornings the memory of what you drank the night before. Then comes the awareness that it’s all false, that “it was only a dream,” that the new realities were illusory and you can’t get back into them. Nothing you can hold on to. These dreams are flashes from the unresolved past, flashes that illuminate moments previously lived in confusion and doubt. They provide a blunt revelation of our unfulfilled needs.

Here we see daylight, and perspectives that now no longer have any meaning. The sectors of a city are to some extent decipherable. But the personal meaning they have had for us is incommunicable, as is the secrecy of private life in general, regarding which we possess nothing but pitiful documents.

Official news is elsewhere. Society broadcasts to itself its own image of its own history, a history reduced to a superficial and static pageant of its rulers — the persons who embody the apparent inevitability of whatever happens. The world of the rulers is the world of the spectacle. The cinema suits them well. Regardless of its subject matter, the cinema presents heroes and exemplary conduct modeled on the same old pattern as the rulers.

This dominant equilibrium is brought back into question each time unknown people try to live differently. But it was always far away. We learn of it through the papers and newscasts. We remain outside it, relating to it as just another spectacle. We are separated from it by our own nonintervention. And end up being rather disappointed in ourselves. At what moment was choice postponed? When did we miss our chance? We haven’t found the arms we needed. We’ve let things slip away.

I have let time slip away. I have lost what I should have defended.

This general critique of separation obviously contains, and conceals, some particular memories. A less recognized pain, a less explicable feeling of shame. Just what separation was it? How quickly we have lived! It is to this point in our haphazard story that we now return.

Everything involving the sphere of loss — that is, what I have lost of myself, the time that has gone; and disappearance, flight; and the general evanescence of things, and even what in the prevalent and therefore most vulgar social sense of time is called wasted time — all this finds in that strangely apt old military term, lost children, its intersection with the sphere of discovery, of the exploration of unknown terrains, and with all the forms of quest, adventure, avant-garde. This is the crossroads where we have found ourselves and lost our way.

It must be admitted that none of this is very clear. It is a completely typical drunken monologue, with its incomprehensible allusions and tiresome delivery. With its vain phrases that do not await response and its overbearing explanations. And its silences.

The poverty of means is intended to reveal the scandalous poverty of the subject matter.
The events that occur in our individual existence as it is now organized, the events that really concern us and require our participation, generally merit nothing more than our indifference as distant and bored spectators. In contrast, the situations presented in artistic works are often attractive, situations that would merit our active participation. This is a paradox to reverse, to put back on its feet. This is what must be realized in practice. As for this idiotic spectacle of the filtered and fragmented past, full of sound and fury, it is not a question now of transforming or “adapting” it into another neatly ordered spectacle that would play the game of neatly ordered comprehension and participation. No. A coherent artistic expression expresses nothing but the coherence of the past, nothing but passivity.

It is necessary to destroy memory in art. To undermine the conventions of its communication. To demoralize its fans. What a task! As in a blurry drunken vision, the memory and language of the film fade out simultaneously. At the extreme, miserable subjectivity is reversed into a certain sort of objectivity: a documentation of the conditions of noncommunication.

For example, I don’t talk about her. False face. False relation. A real person is separated from the interpreter of that person, if only by the time passed between the event and its evocation, by a distance that continually increases, a distance that is increasing at this very moment. Just as a conserved expression remains separate from those who hear it abstractly and without any power over it.

The spectacle as a whole is nothing other than this era, an era in which a certain youth has recognized itself. It is the gap between that image and its consequences; the gap between the visions, tastes, refusals and projects that previously characterized this youth and the way it has advanced into ordinary life.

We have invented nothing. We adapt ourselves, with a few variations, into the network of possible itineraries. We get used to it, it seems.

No one returns from an enterprise with the ardor they had upon setting out. Fair companions, adventure is dead.

Who will resist? It is necessary to go beyond this partial defeat. Of course. And how to do it?

One thought on “Critique of Separation” 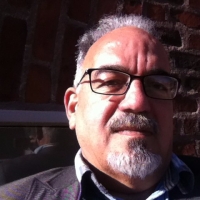 On, With, Around Film

Researching the Demands of Thought

A source for news on music that is challenging, interesting, different, progressive, introspective, or just plain weird

It is what it is

Aesthetics and Philosophy of Art for Everyone

Cartographies of the Absolute
Repainter Diary
Film Studies For Free

Commentary on and links to online open-access film studies resources of note, by Catherine Grant